The R word: risk, uncertainty and the possibility of adverse outcomes in play

Let’s say that, like me, you are signed up to the idea that we’ve become too overprotective and anxious about children in their play. What language should we use to make the case for a better approach? In particular, does the word ‘risk’ – for instance, in the term ‘risky play’ – help or not? 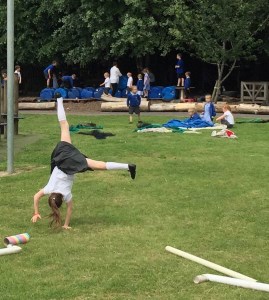 UK play advocate Adrian Voce – my successor at what became Play England – has questioned the use of the term ‘risk’. While recognising the progress that has been made on the place of risk in play, he says:

Although ‘risky’ and ‘adventurous’ are, in a sense, synonymous, the latter word has an unarguably more positive meaning. It also captures much better the essence of children at play – wanting to push the boundaries, test their limits and, sure, take some risks – but in the pursuit of fun and excitement, not the reckless endangerment that the term ‘risky play’ can evoke… ‘Risky’ cannot be the most appropriate word to describe the opportunities and environments we want to provide for them, or the practice we adopt in doing so.

END_OF_DOCUMENT_TOKEN_TO_BE_REPLACED

If you want to be really sure of a change in social attitudes, wait until it is picked up by corporate advertising. With this maxim in mind, I was intrigued to see this new video from the global household products corporation Procter and Gamble.

END_OF_DOCUMENT_TOKEN_TO_BE_REPLACED

A revealing tale of rope swings and insurance (that ends well) 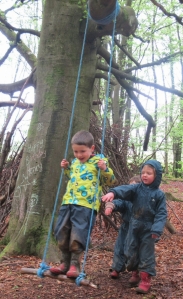 A few weeks ago I was approached by outdoor educator Mandy Tulloch, who told me that some insurers were getting into a bit of a tangle about rope swings. As you will see, her story held some revealing insights into the approach the insurance industry sometimes takes when assessing the risks that it is presented with. Her tale also showed the value of a firm, assertive stance when dealing with insurers.

END_OF_DOCUMENT_TOKEN_TO_BE_REPLACED

How do we respond to daredevil children?

Today I took a phone call from a television news channel asking me to comment on this Youtube video.

The clip is not for the faint-hearted. It shows 22-year-old James Kingston climbing up a tower crane in Southampton, then hanging by one hand off one of the crane’s bars, with a 250 foot drop beneath him. The reporter wanted me to condemn Kingston’s actions as likely to encourage copycat behaviour and put children at risk. The call made me think: what is going on when children or young people carry out acts of extreme danger, and how should we respond?

END_OF_DOCUMENT_TOKEN_TO_BE_REPLACED

What a pile of autumn leaves tells us about risk

Here’s a seasonal activity for you, with a hint – or more than a hint – of adventure: leaf-pile-diving.

END_OF_DOCUMENT_TOKEN_TO_BE_REPLACED

News flash: children with disabilities also have an appetite for adventure 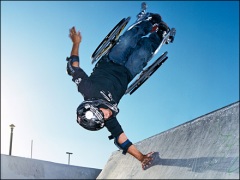 My city is about to host the Paralympic Games. The prospect of watching the talents of disabled sportspeople has got me thinking about the lives of children and young people with disabilities. Just like their non-disabled peers, they have an appetite for risk and adventure. By way of a demonstration, I would like to introduce you to Aaron Fotheringham.