The city that got serious about child-friendly urban planning

My last post on Antwerp showed how political priorities shape what is possible. That city’s ‘speelweefselplan’ or ‘play space web’ approach shone a light on how children get around their neighbourhoods. But in Antwerp, closing streets to traffic or losing parking spaces were steps too far for an administration fearful of being seen as ‘anti-car’.

So what happens when a city’s leadership faces up to the impact of traffic, and decides to do something serious about it? Ghent – Antwerp’s near neighbour and the second European city I visited on my Churchill Fellowship study tour last month – points to the answer. And the emerging results are impressive and revealing.

Ghent has many similarities with Antwerp. Both have a broadly similar urban typology (though Ghent is half the size of its more industry-oriented neighbour), a stable public sector, and a strong neighbourhood structure for planning and delivering services.

Like Antwerp’s play officer Wim Seghers, Ghent also has – in the person of Marianne Labre – an effective and experienced play champion, whose work also focuses not just on individual play spaces, but on how neighbourhoods work for children and young people. Indeed the ‘speelweefselplan’ that Antwerp uses was first developed in Ghent in 2007, with support from the Flemish NGO Kind & Samenleving.

Ghent shares with Antwerp an appetite for innovation in play space design. One example I saw was Prettige Wildernis (‘Pretty Wilderness’), a wooded natural play space in a large urban park. It has also taken forward some major new green spaces, with four destination ‘green poles’ either in place or on the way. 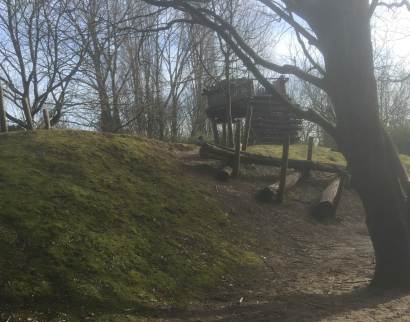 Schoolyards are also being refurbished in naturalistic ways. More than half of schools now have a green schoolyard, in a move inspired by a study visit to Berlin. And Ghent is keen on rethinking streets, with 140+ play streets alongside school streets (which are closed to traffic at key times of the school day) and some of the region’s first ‘bike street’ (fiets straat) projects, where bicycles have priority over cars. 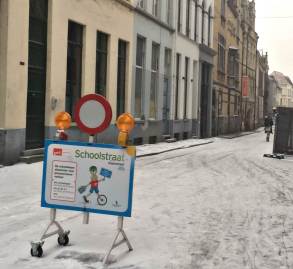 So far, so much like Antwerp. So what makes Ghent different? The answer lies partly in the city’s overarching policies on children and young people, and partly in its politics.

Child-and youth-friendliness has for years been a key strategic theme for the city, and something of a badge of honour. Kathleen Snoeck, head of the Youth Service Department (which is more like a children’s strategy department) told me that 65% of Ghent’s residents are aware of its child-friendly position.

Ghent’s child-friendly action plan – adopted in 2015 – reaches all parts of the administration, from planning to tourism, even to cemeteries. Revealingly, the plan enjoys support across the political spectrum. And tellingly, the official leading it is former play space officer Marianne Labre.

Politically, Ghent has long been progressive. A University town, its broad, left-of-centre coalition is the only one in Flanders. Deputy Mayor Elke Decruynaere – Green politician and lead alderman for youth – claims that child-friendliness is a unifying theme for sustainable, people-oriented policies.

Of course, worthy visions and ambitious policies are worth nothing unless and until they are put into practice. I was keen to see some real-life examples of child-friendly urban planning that matched up to the scale of Ghent’s ambition.

Without doubt Ghent’s most radical – and controversial – new policy is its circulation plan. This combines strategic road closures, higher charges for car parking and lower speed limits to drastically reduce the impact of traffic across large parts of the city’s urban core.

This plan – which built on years of progressive, sustainable travel policies – has already had a big impact. A major evaluation [Google translate link] published last month showed a huge 58% drop in car traffic in residential streets in the city centre, and a citywide 25% increase in cycling. There was also a “clear decrease” in accidents (though other factors may have played a part in this).

[Update 20 January 2020: The Guardian newspaper has two articles on the circulation plan’s impact. The first, by cycle writer Carlton Reid, states that cycling levels (already high in 2016 at 23%) rose by 60%, while motor traffic fell from 55% to 27%. The second piece shares stories from people who live or work in Ghent. Here’s one quote: “The inner city is a dream to walk and cycle in since there are barely any cars except for some taxis… More people put their chairs out in the summer to sit on the pavement and talk, and some streets become ‘living streets’ where the kids can play outside, skate, and adults hold barbecues.”.]

Not surprisingly, the plan generated national news coverage when launched in April 2017. Media commentators anticipated chaos and gridlock – but after a couple of weeks grudgingly admitted [Google translate link] that “the world did not end”.

Dr Didier Reynaert, who lectures on children’s rights at the city’s university and also sits on the Flanders regional child-friendly cities judging panel, notes how the city’s focus on child-friendliness connects different policy domains well. His colleague Dr Sven de Visscher puts it more strongly, telling me approvingly that the city “uses the label of child-friendliness to justify sustainable policies.”

The second concrete example of child-friendly urban planning I saw was the Rode Loper or Red Carpet [Google translate link] – a 2-km traffic-calmed linear route through Brugse Poort, an urban renewal area. In effect a large-scale ‘speelweefselplan’, it links neighbourhood children’s facilities including a school, a kindergarten and several public spaces. 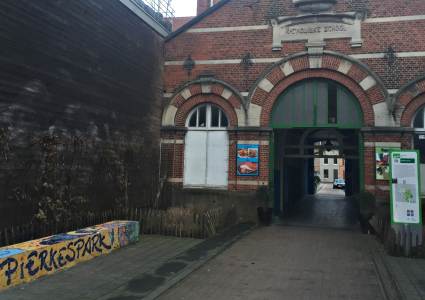 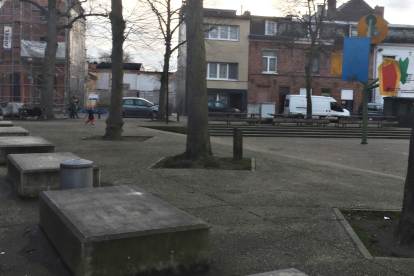 The Red Carpet could not have been completed without close cooperation between departments and agencies. This collaborative mindset is – several interviewees told me – a strong part of the culture of Ghent. For example, when it comes to taking credit for child-friendly initiatives, Deputy Mayor Decruynaere works hard to – in her words – “let my colleagues score.”

This emphasis on collaboration and participation reaches beyond the town hall corridors, extending to children and young people themselves. Sven De Visscher spoke positively about an influential 2014 ‘1000 voices’ exercise that shaped child-friendly agendas. Alderman Sven Taeldeman – the city’s lead on urban planning – told me that each week, classes of 11-year-olds make visits to meet city officials in a project called ‘Thuis in het Stadhuis’ – ‘At home in the town hall.’

So is Ghent getting everything right? Not entirely. One significant gap is shown by a closer look at the much-heralded circulation plan.

While it undoubtedly improves the urban environment for children, the plan’s English-language summary does even not mention them. What is more, children are hardly considered in last month’s evaluation. For a city with such a strong focus on both child-friendliness and sustainability, this is a surprise, and a huge missed opportunity. Interestingly, Alderman Taeldeman admitted as much, telling me the city should have communicated more clearly the benefits for children.

Another challenge, mentioned by a number of child-friendly advocates I spoke to, is poverty. The city has a significant and growing ethnic minority population, many of whose children and young people are growing up in difficult circumstances.

The issues facing poor and minority families are complex, and not simply a planning problem. Even so, the signs are that Ghent wants to find solutions that do justice to its vision of becoming a truly great place for children and young people to live, play and grow.

Ghent’s biggest lesson for urban planners is this. Cities can be friendly to the car, or friendly to children. But they cannot be both (as Bogotá mayor Enrique Peñalosa almost said).