An interview with… Tim Gill

A few months ago I was asked to do an email interview by Maya, a senior high school student from California, as part of her project. (She has asked me not to use her last name.)

The questions were smart, she knew her stuff, and she had read some of my writings. (Top tip to other students who ask for help with their projects: always do this.) So I agreed.

When I was finished I thought: Maya’s questions were so astute that maybe I should share the interview more widely. So I asked her. And she agreed.

Here is the interview, published just in time for the Child in the City conference in Vienna (where my keynote speech will give a sneak preview of the key findings of my study tour on child-friendly urban planning). As always, feedback and comments are welcome!

Vehicles cause enormous health problems to all city dwellers, but especially children. Globally, road traffic is the leading cause of death amongst 10-19 year olds. Pollution – much of it caused by vehicles – is also a major cause of ill-health in children.

Inactivity and child obesity are growing in many cities (not just in high-income countries) and while the causes are complex, sedentary and car-dependent lifestyles are clearly a factor.

Many of these problems are faced by children of all social groups – but all are worse for poor children, and often much worse. For example, children living in poor neighbourhoods in the UK are at least four times more likely to be injured as a child pedestrian than those living in wealthier neighbourhoods.

Is it more difficult to work on improving an already established city to make it child-friendly, or to create a new child-friendly city design?

Both are possible, and ultimately both depend upon political will. Of course in design terms it is easier to get things right at the outset than to have to fix them afterwards. 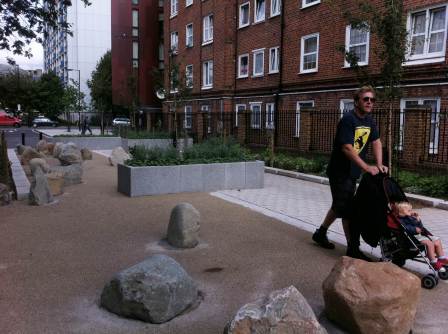 So far, it has not proved easy to make the political case for child-friendly new neighbourhoods. Around the world, city planners are struggling to cope with the pace of change thanks to urbanisation and expanding populations. In many cities, there is great pressure simply to keep up with the demand for housing and basic amenities.

What attitude does the government tend to have towards proposing and passing ordinances to support improving cities for children? 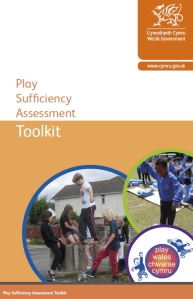 Right now, few national governments have any significant policies or programmes on the topic – though I am working to try to change this! Norway (which has planning laws requiring children’s involvement) and Wales (which has imposed a duty on municipalities to provide play facilities) are two exceptions. The last Labour government launched an ambitious ten-year play strategy back in 2007,  but this did not survive the global financial crisis.

At the city government level, there is emerging interest in child-friendly policies and programmes. Some of these focus only on participation and governance. So far, this approach has rarely had a big influence on what cities are like for children. However, a few cities – including Bogotá, Boulder, Ghent, Oslo and Rotterdam – have gone further.

What specific urban establishments or installations could be instituted in cities to benefit children?

Children don’t live in cities, they live in neighbourhoods. What is most important is to focus on making neighbourhoods as a whole more child-friendly.

The aim should be to expand children’s everyday freedoms – their freedom to play, meet friends and have choices about what to do in their free time, and also the freedom to get around their neighbourhoods on their own. The next step is to figure out what changes can help to do this.

Many adults think that playgrounds are the key. And children do need and want space for playing and meeting friends. But this does not have to mean playgrounds. It could mean squares, streets or natural areas. Also, playgrounds and other spaces are no use to children if they cannot get to them.

So we need to also look at street design, and walking and cycling networks – which in turn means looking at traffic. In Designing for Urban Childhoods (the Arup publication I advised on) we coined the term ‘children’s infrastructure’ as a label for the network of spaces, streets and other features that come together to make somewhere child-friendly.

If I were to plan out (most likely sketch) an ideal child-friendly “healthy city,” what do you think are the most important aspects to include in my design?

You should focus on the neighbourhood level. Make sure neighbourhoods are compact (so nothing is too far away from anything else) but not so dense that there is not enough public space.

Make sure there are fun places for play and socialising  (as I said, this does not necessarily mean playgrounds) for children and young people of different ages and abilities, and that these are accessible and welcoming for children from different cultures and backgrounds and all income groups.

And make sure it is easy to travel between these different places and children’s homes and local facilities like schools and shops. This means creating safe walking and cycling networks that are not severed by fast, heavy traffic.

From all the cities you’ve traveled to, what are the best and worst examples of child-healthy cities? What main qualities make a city child-friendly, and what main qualities (or lack thereof) create a detrimental environment for children in a city?

The most child-friendly neighbourhood I have seen is an area called Vauban in the German city of Freiburg that was built in the 2000s. It is compact – most dwellings are in four-or-five storey apartments – and very green, with well-designed playful features in the many parks and public spaces that are right outside people’s front doors.

In Vauban people’s homes, green spaces, schools, shops and public transport are all connected by great walking and cycling networks. It has almost no traffic. Car ownership is low (the area has good tram and bus links). Cars are not allowed to be parked in the streets (they go into several large car parks).

I have not visited very high density neighbourhoods like the ones being built in some parts of China, but I worry about what such places must be like for children.

At the other end of the density spectrum, I am disturbed by some of the far-flung, sprawling suburban neighbourhoods I have seen in car-dominated cities like Calgary and Melbourne. Families were often very far from any amenities like parks, schools and shops, and public transport and cycling links were poor or non-existent. Hence children were isolated and heavily dependent on their parents to drive them around.

How important is the presence of childhood educational opportunities? Would education be considered an initial step in building a child-friendly city, or a later step?

My work does not have a strong focus on the education system. But it is clear that without good schools, no city can call itself child-friendly. The former chief planner of Vancouver Brent Toderian argues that child- and family-friendly areas have three elements: housing that is affordable and suitable for families, good family services like schools, and good streets and public spaces.

My work on child-friendly urban planning focuses on the last element, but all three are essential if neighbourhoods and cities as a whole are to work for children and families in the long term.

What are ways that a good education can be ensured for all children, even the ones living in poverty?

This is a topic that is somewhat beyond my expertise. But I would say check out Finland’s approach. It pays teachers well, so the best graduates are attracted to it as a career. It has a strong commitment to equity for all.

There are almost no private schools in Finland, because the state schools are so good and work so well for all children. It supports progressive, child-centred approaches to learning and play, based on sound research. And it has almost no testing. If you want to find out more about Finland’s education system, the Finnish educationalist Pasi Sahlberg is a good place to start.

In your experience, can making a city more child friendly improve it for the whole community too? If yes, in what ways?

Yes it can. The kind of elements I have mentioned already – compactness, attractive green space, sociable streets and squares, good walkability, low levels of traffic – are the kind of qualities that pretty much anyone would want for their neighbourhood. They are also all changes that help to make cities more environmentally sustainable.

What is more, thinking about children can help adults to be less selfish and more forward-thinking in their approach to deciding how they want their cities to change. The mayor of Bogotá, Enrique Peñalosa, says that the child is an ‘indicator species’ for cities: if a city works well for children, it works well for everyone.

The mayor of Tirana, Erion Veliaj, has been making progress in turning that city around by highlighting the need to think about children. For instance, he has been turning illegal car parks into children’s playgrounds.

Have you ever come back to a city you visited after a few years and followed up with the children there to see the positive or negative longer-term effects that living in a particular city has had on them? If not, do you have any personal anecdotes from people who grew up in a really great or a really bad city and the ways that affected them?

I would love to do a study like that! Though it would not be easy to set up. On my last trip to Freiburg, I did meet a young woman who grew up right next to Vauban (the area I described above). She had fond memories of having had a lot of freedom to play with local children even from a young age. And having moved away for a few years, she recently moved back to the area because she has plans for a family of her own.

4 responses to “An interview with… Tim Gill”