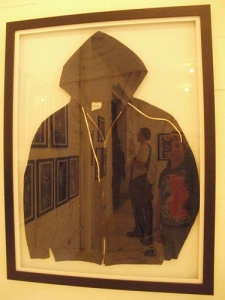 I am pleased to say that I will be returning to Australia this July and August for another series of talks and workshops, visiting Melbourne, Perth, Adelaide and Brisbane. There is a full itinerary at the end of this post. My diary on this trip is very full, so I will have limited opportunities for additional visits and meetings. However, I will try to share some of my thoughts and experiences here, as on previous trips. One question has been on my mind for a while: are Aussies more well-disposed towards children as a group than we are in the UK? Does Australia as a nation care more about the freedoms it allows its children than we do here in the old country?

I think this may be the case. I have no hard evidence. But I would point to a couple of revealing survey findings that support this view. The first, from 2012 [pdf link] shows that for Aussie parents of 8 – 12 year olds, giving their children time to play and just be a kid is a high priority (even higher than ensuring that they get a good education).

By contrast, a 2007 survey by the Children’s Society asked British adults (note: not just parents) about childhood freedoms. When asked the best age for children to be allowed out with friends unsupervised, almost half of respondents said aged 14 or over. This was despite the fact that most of them had been allowed out without an adult when they were 10, or even younger. In other words, most UK adults think children should be reared in captivity (in effect) until they are teenagers!

These findings, while not directly comparable, do suggest diverging attitudes towards children in the UK and its former colony. This fits with my own (admittedly subjective) impressions. Every time I visit Australia (and this will be my sixth trip in as many years) I see a high level of interest in children’s opportunities for outdoor play. And I get a strong sense from adults that they mourn the decline of the everyday freedoms of their own childhoods.

Moreover, I see little if any of the anti-child sentiment that is often directed towards children in public discourse here in the UK (especially in the tabloid press, where it can spill over into overt hatred and bile). In 2009 psychologist and TV presenter Tanya Byron declared that we in the UK had begun to see children and young people as ‘pestilent’. I wonder if the ‘hoodie’ – an item of clothing allegedly taken up by young people as a direct response to their sense of being under constant surveillance – is popular down under? I wonder if Australia has any ‘mosquitos’ – electronic devices that emit an ear-piercing tone which only those with young ears can hear, and which are now being widely used to force young people to move on (as described in this article from the Independent)?

Making cross-cultural comparisons is fraught with peril. What is more, adult attitudes are only one factor that shapes children’s everyday lives. The quality of the built environment is also crucial. And here, Australia’s sprawling suburbs and car-dependence are a big problem, as I noted in a previous post.

But attitudes are important. And while a settled view is unlikely, I would welcome your views about how Australian attitudes to children compare to those in the UK. Especially if you have experience of bringing up children – or working with children – in both countries. And I am sure you will keep it thoughtful and polite!

Like Loading...
This entry was posted in Outdoor play and tagged anti-social behaviour, attitudes, Australia, outdoor play. Bookmark the permalink.

19 responses to “Do Aussies like children more than Brits do?”